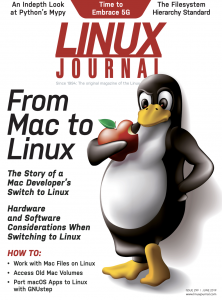 The first of which consists of an interview with Gregory Casamento, lead maintainer of the awesome GNUstep project.