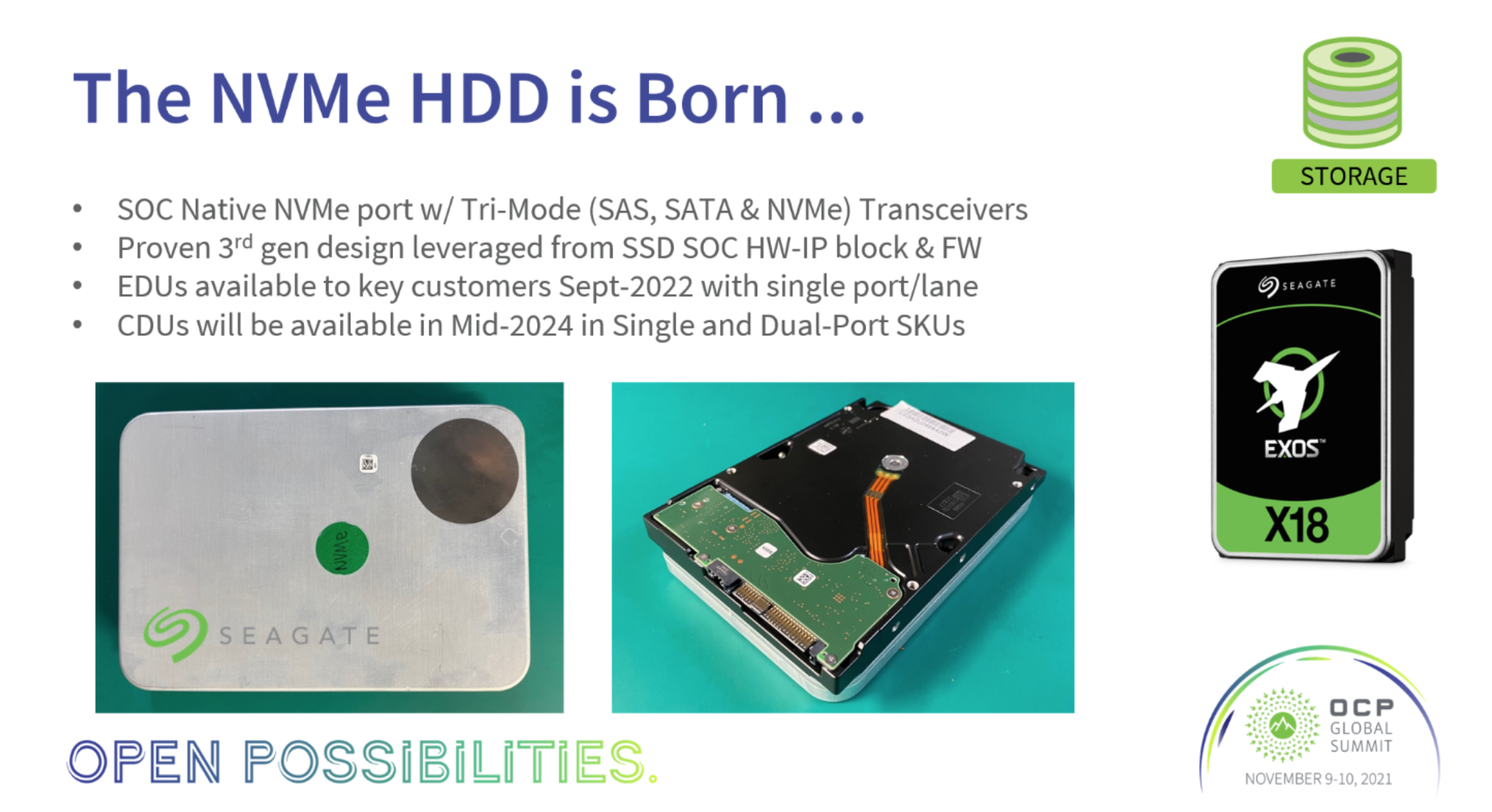 A couple of months ago, the Storage Unpacked Podcast published an episode where they interviewed two representatives from Seagate (Tim Walker and Mohamad El-Batal from Seagate Research) to discuss the NVMe HDD and a bit more. It was a good episode and a lot was discussed about NVMe technologies, multi-actuator drives and the future of spinning disk.

So, yes….Seagate developed a spinning magnetic disk (the Hard Disk Drive or HDD) that natively speaks the Non-Volatile Memory Express (NVMe) protocol instead of the very aged (and bloated) Serial Attached SCSI (SAS) and Serial ATA (SATA). The logic is built directly into the SoC (or System on a Chip) The company made the official announcement late last year. Another article can be found here.

What prompted this post is a recent announcement from StorONE and they are integrating HDDs into their NVMe over Fabrics (NVMeoF) network. Why is this interesting?

1. Cost
The fact is, HDD technologies are still a lot cheaper than Flash. HDDs are still able to reach good densities when compared to Solid State Drives (SSD) and in the same form factor.

2. Simplified Subsystem
As hardware manufacturers try to build up the PCIe subsystem, it becomes more attractive. Instead of communicating through multiple complicated subsystems and mostly propriety Host Bus Adaptor (HBA) code, the NVMe protocol is a lot more simplified and reduces all of these layers of complexity.

4. Implied Latencies
HDDs introduce latencies and consumers understand that. They do not purchase HDDs for speed. However, Seagate has stated that their multi-actuator drive technology would be a perfect fit for the NVMe front-end. That way, when accessed accordingly, it would not perform as bad.

Anyway, as more and more data centers continue to convert to NVMe, I anticipate that this new technology will ease that transition. It was a smart move on Seagate’s part to lead the way.