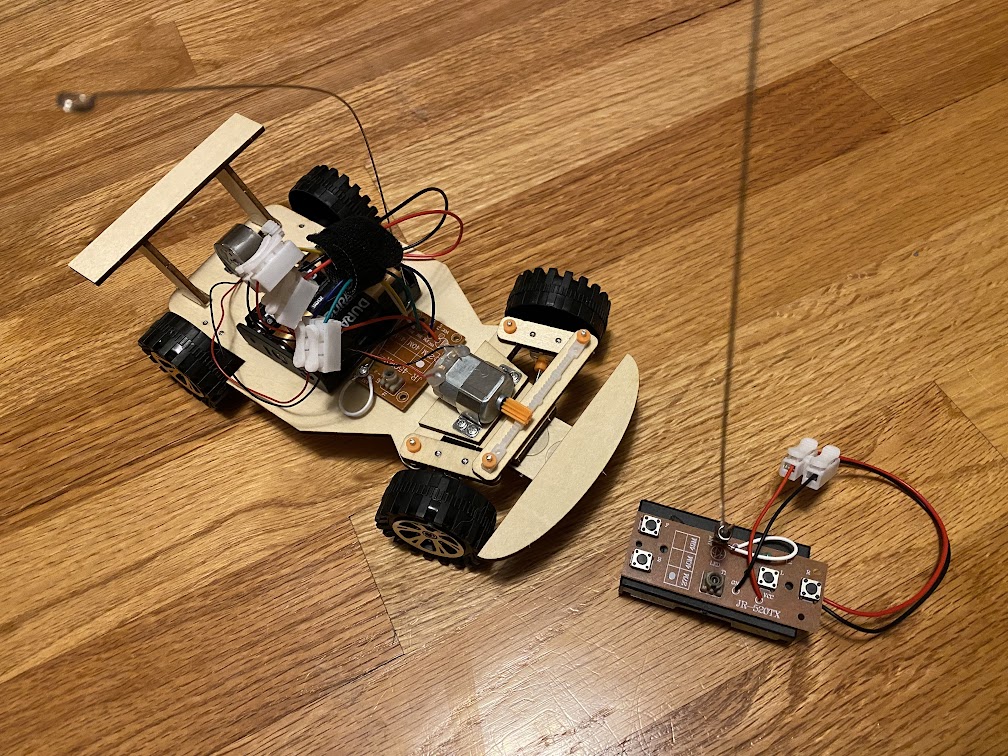 Two days ago, my son ran home from school excited. He told me that in one of his classes in grade school, they built little “cars”. In reality, it was nothing more that a little block where they attached the wheels. Nonetheless, he had a fun time doing it. Being the father that I was, I immediately went to Amazon and found this kit from Pica Toys: Wireless Remote Control Race Car. The best part: no soldering required. It came with all parts and tools necessary to build the car plus remote control except for the batteries.

It took us about an hour and a half to both piece it together and for me to say “don’t do that” about a dozen times. In the end he was extremely happy. Not bad for a less than $25 kit. 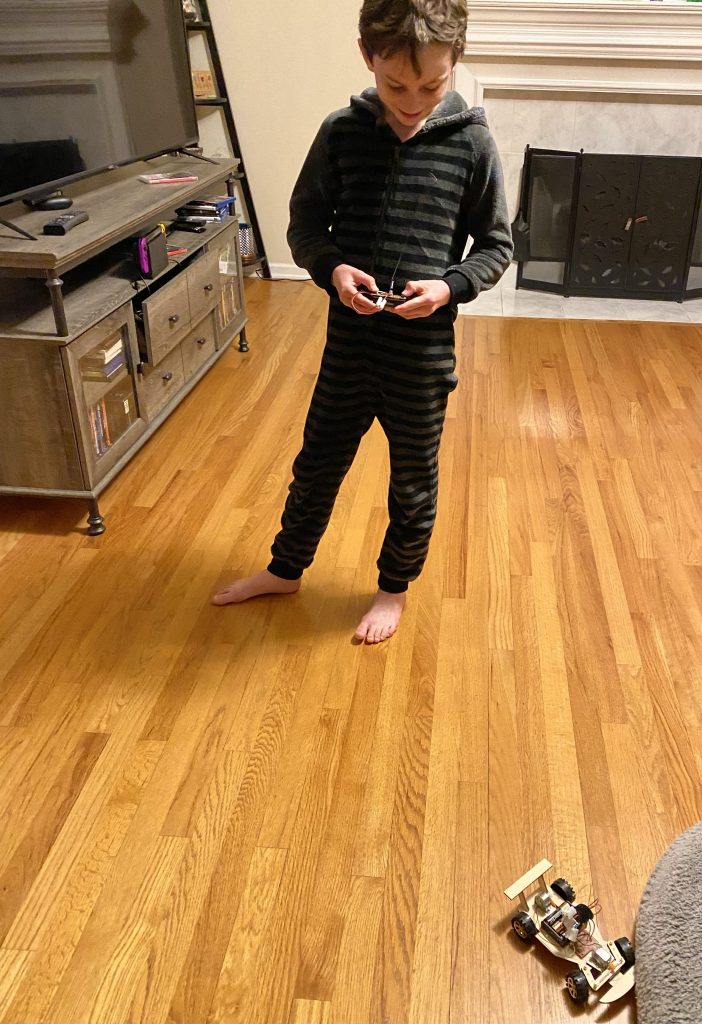