VMware fixes vSphere release it pulled, sorts out Log4j while it’s at it
Source: The Register

VMware has restored availability of vSphere 7 Update, a release that it withdrew in late 2021 after driver dramas derailed deployments.

KDE Plasma 5.24 Will Be the Next LTS Release Receiving Support Until KDE Plasma 6
Source: 9to5Linux

KDE Plasma 5.24 (currently in public beta testing) is set to be the next LTS release of the acclaimed and widely used desktop environment for GNU/Linux distributions, replacing the KDE Plasma 5.18 LTS series, which reached end of life in October 2021.

The IT industry is at the doorstep of the long-awaited exascale era, which promises massive systems that can run at least one exaflops, or a quintillion (a billion billion) calculations per second, at 64-bit precision and a lot more than that at lower precision and even more using low-precision integer data pumped through their vector and matrix engines.

Zstd-Compressed Linux Firmware Back To Being Eyed
Source: Phoronix

Back in summer 2020 was a proposal for Zstd-compressed Linux firmware so that the growing number of firmware binaries shipped by the linux-firmware tree could be Zstd-compressed to save disk space while being able to more quickly decompressed the data compared to other firmware compression options. 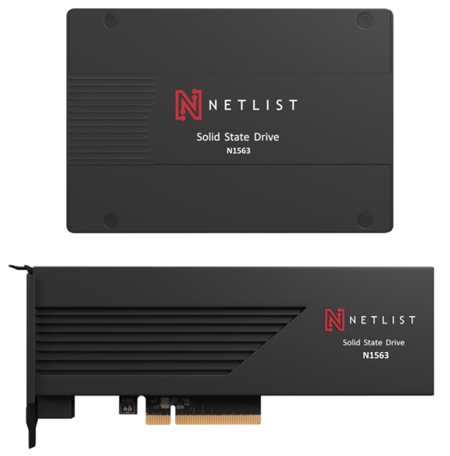 Infortrend Technology, Inc. has launched U.2 NVMe SSD EonStor DS 4000U all-flash SAN storage solution to boost IO/s and throughput in such applications as virtualization, database, video editing, and HPC.

Cray’s Slingshot Interconnect is at the Heart of HPE’s HPC and AI Ambitions
Source: The Next Platform

Whenever one company buys another, every product line, every research project, and every employee is ultimately in play. But when Hewlett Packard Enterprise bought supercomputer maker Cray in May 2019 for $1.3 billion, it really did want all of Cray. And HPE absolutely intends to make investments in the key technologies underpinning the Cray product lines for many generations – including the Slingshot interconnect that got Cray back into high-end networking after a hiatus of several years as sold off its prior interconnects to Intel.

Nvidia has devised GPUDirect as a way of getting data from storage arrays sent quickly to its GPU servers. Should MinIO support GPUDirect so that its object storage can feed data fast to Nvidia GPU servers as well? Object storage powerhouse MinIO has decided to use Apache Arrow to gets its stored data into GPUs rather than Nvidia’s GPUDirect scheme.

Linux Lite 5.8 is now available for download and upgrade. Here’s a summary of the new changes and quick review of this release.
Linux Lite is termed as a perfect bridging Linux Distribution from Windows to Linux. It is one of the distro that gives the new Windows users a perfect starting point to their Linux journey. NVIDIA released today the 510.47.03 proprietary graphics driver for Linux, BSD, and Solaris platform, a major release that brings support for the latest and greatest GNU/Linux technologies and many improvements.

UK university research spin-out Intrinsic Semiconductor Technology’s ReRAM can be made on the same CMOS wafers as microcontrollers, enabling them to have embedded SRAM-speed non-volatile memory with no need for external NAND chips.

VAST Data is looking at using penta-level cell (PLC) flash in its all-flash storage systems, with a 25 per cent increase in NAND die capacity over its existing QLC flash, so its cost per GB of capacity can go down.